Changes in Management and Working Groups of the iSAQB e. V. after the General Meeting 2021

At this year’s general meeting of the Inter­na­tional Software Architecture Quali­fi­cation Board from April 22 to 23, 2021, Mahbouba Gharbi and Stefan Tilkov were re-elected as Chair­woman of the Board and Vice Chairman of the Board for another two-year term.

“I am looking forward to our collab­o­ration in the next two years. The iSAQB is excel­lently poised to help organi­za­tions worldwide to success­fully manage digiti­zation by means of sustainable software archi­tec­tures,” says Gharbi. The most important topics and challenges of her next term include the further inter­na­tional estab­lishment of the role of “software archi­tects” as a key role for the success of software projects as well as the expansion of CPSA curricula for a reasonable standard­izing in education and training of IT professionals.

For the first time the board of the iSAQB was extended to three board members. Following his new election as an additional board member, Holger Tiemeyer takes over the position of Treasurer from Stefan Tilkov and at the same time the role of 2nd Vice Chairman of the Board. He commits his role as Head of the WG Univer­sities to Dr. Guido Gryzcan.

Martin Lehmann, Patrick Müller, Stefan Toth, and Eberhard Wolff were confirmed as members of the Strategy Council for another two-year term. The Strategy Council is the central body for the mainte­nance and further devel­opment of the iSAQB’s curriculum portfolio.

In the WG Univer­sities, Dr. Guido Gryczan was elected as new Head of the WG. He takes over the role of Holger Tiemeyer, who moves on to the board of the iSAQB. The WG Univer­sities is respon­sible for the expansion and mainte­nance of the academic partner network within the iSAQB. The WG supports and promotes young academics in the field of software architecture with a variety of measures.

A total of three new working groups were estab­lished by the iSAQB General Meeting: The WG Inter­me­diate Level, the WG Train the Trainer, and the WG Diversity. The WG Inter­me­diate is supposed to develop an additional certification level between Foundation Level and Advanced Level. The purpose is to bridge the certification path between the two existing levels and to provide an additional proof of valuable skills for subdo­mains of software architecture. Alexander Simon has taken over respon­si­bility as Head of the WG with Martin Lehmann as Deputy Head.

The newly founded WG Train the Trainer has been instructed by the General Meeting to develop a training program for new iSAQB trainers. The train-the-trainer program is intended to prepare prospective trainers for the imple­men­tation of Foundation Level training courses and to perma­nently ensure the high quality of CPSA training. Alexander Lorz has been elected as Head of the WG. He will coordinate the work of the WG with Peter Götz as Deputy Head.

The WG Diversity is supposed to actively bring educa­tional promotion in the field of vocational training and devel­opment to various groups (women, LGBTQI+, people of color, nation­al­ities, people with disabil­ities, etc.) in order to promote diversity in software architecture. The WG does not work alone on this topic, but collab­o­rates closely with other WGs, such as the WG Community or the WG Univer­sities. The associ­ation would like to act as a pioneer and show that software architecture is a topic for everyone and should be just as diverse as the people for whom software is developed. Benjamin Wolf has been appointed Head of the WG Diversity.

Jens Kelkel was elected as confidant for the complaint management for partic­i­pants of CPSA training courses. 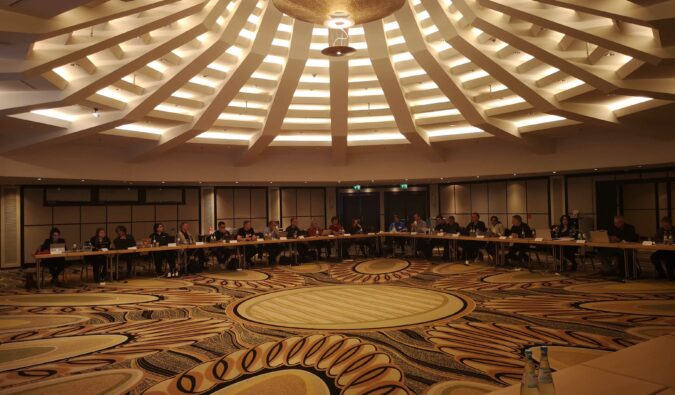 The iSAQB® CPSA‑F® exam is also available in French now